Posted at 11:19h in Itinerary by Luca Naj-Oleari 0 Comments
0 Likes

Sinuous lines of late-Nineteenth century palaces, majestic houses decorated with plasters, tiles and wrought-iron decorations, houses painted with bright colours: we’re talking about the Liberty style, or Art Nouveau, that was born in Europe between the late 1800s and the early 1900s and that had a particular luck in the Milanese architecture.

Today we suggest you a Liberty tour in Milan, an uncommon itinerary, perfect for the people who want to discover a soul of our city that is often ignored, even if it is there for all to see.

This tour will focus on Porta Venezia district, one of the most Liberty areas in our city. 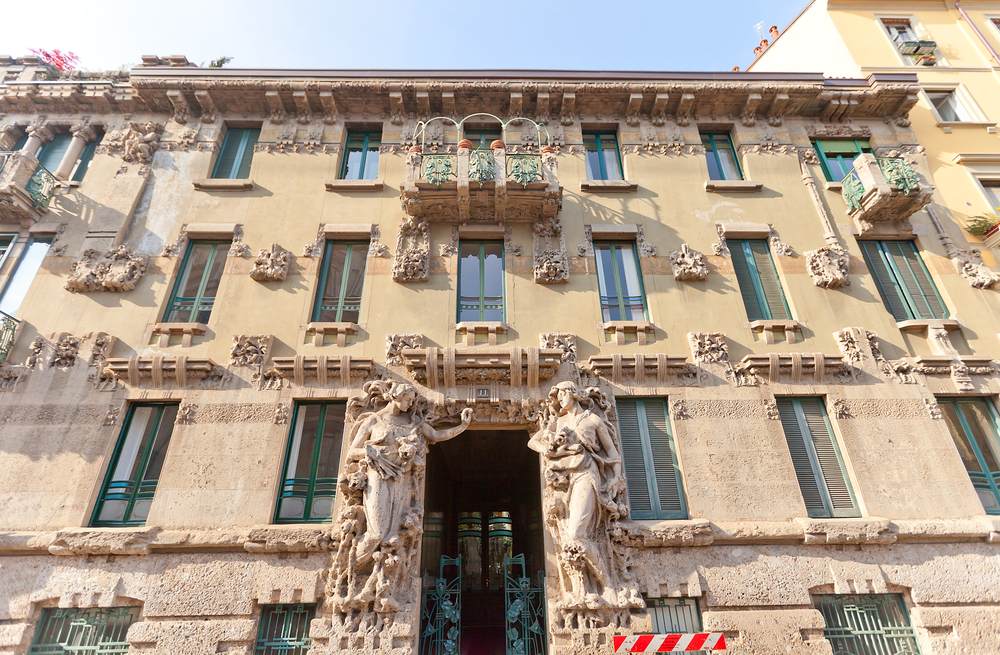 Casa Campanini, in via Bellini, is a real jewel of the Milanese Liberty style. The building, built between 1903 and 1904 and designed by the architect Alfredo Campanini, amazes whoever looks at it with the beauty of its floral decorations and its incredibly elegant balconies.

Besides, the two caryatids at the entrance - made by the sculptor Michele Vedani - are really impressive.

Palazzo Berri-Meregalli, a masterpiece by the architect Giulio Ulisse Arata built between 1911 and 1913, combines romantic, gothic and renaissance elements, whereas the use of stone and the decorations of the façade are the sign of the Liberty taste of that time.

The palace is a real work of art that doesn’t include architecture only, but also painting and sculpture: in the entrance hall you can admire beautiful and colourful mosaics.

Palazzo Castiglioni, in Corso Venezia, was built between 1901 and 1904 by the architect Giuseppe Sommaruga, and represents the artistic manifesto of the Liberty style in Milan.

The entrance of the Palace was decorated with two big statues of women (representing Peace and Industry), that lit up several polemics because of their nudity. For this reason they were removed and placed in the garden of Villa Faccanoni, in via Buonarroti. 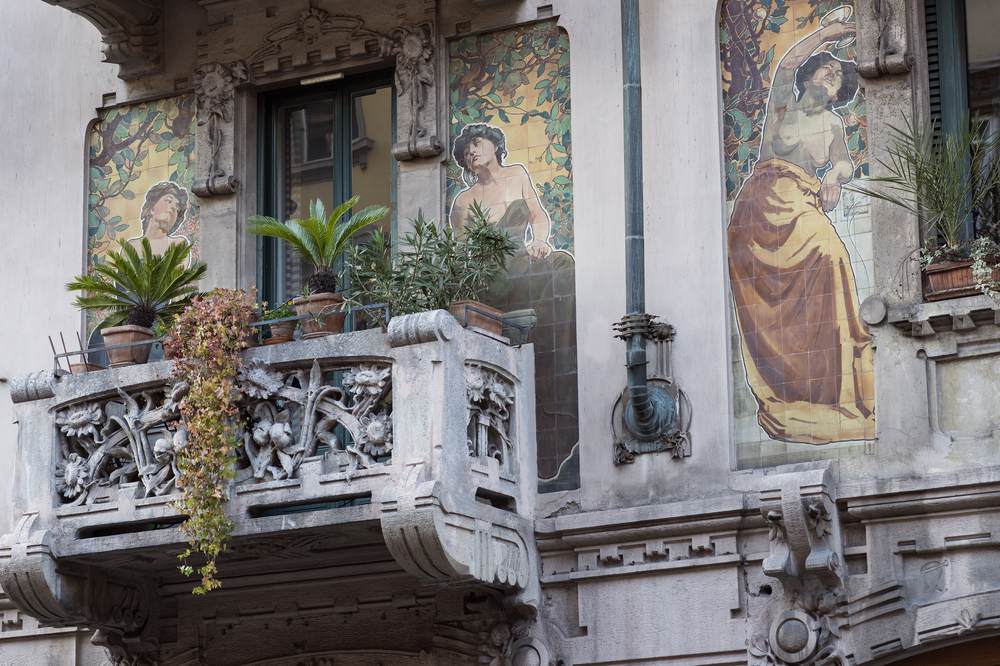 In the heart of Porta Venezia district, Casa Galimberti stands out for its great external façade. The house was designed and built between 1902 and 1905 by Giovanni Battista Bossi, on commission of the Galimberti brothers.

The building has on each façade decorations made of ceramic painted tiles, wrought irons and cement floral motifs.

A few steps from Casa Galimberti you can find Casa Guazzoni, that was designed by Giovanni Battista Bossi too. The building, with its floral decorations made with iron or cement and the thick twines of cupids and wreaths on the window contours and on the balconies balustrades, represents a perfect example of the Milanese Liberty style. 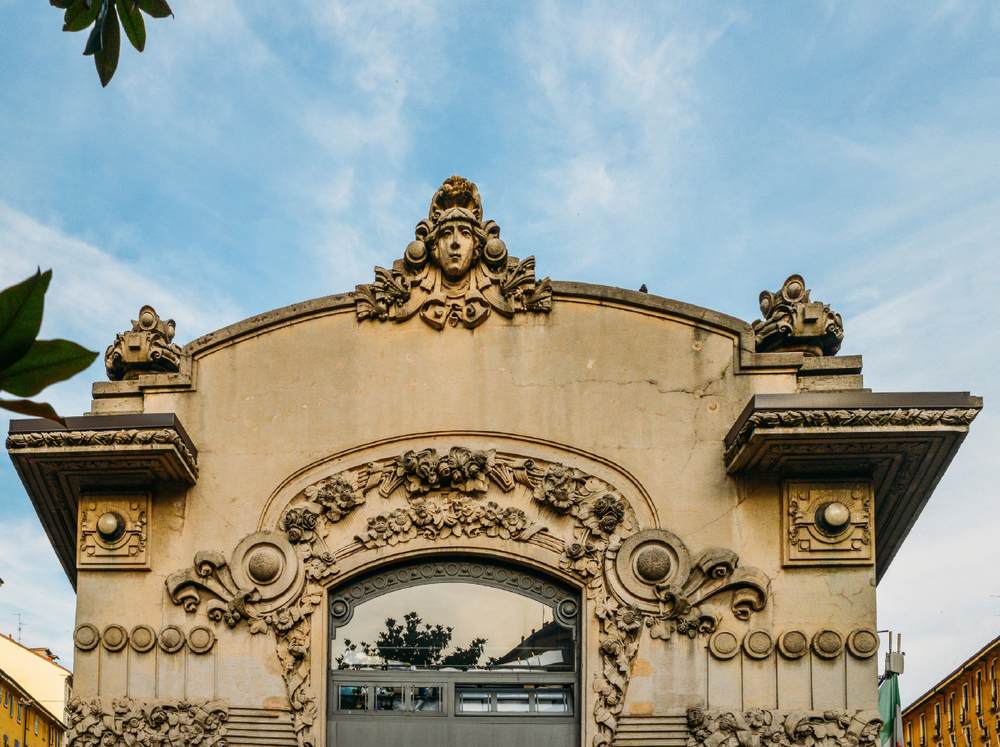 The Cinema Dumont, between via Melzo and via Frisi, was inaugurated in 1910 and was one of the first cinemas in Milan. After the war it became a car showroom, and nowadays hosts the library of the district.

The main façade, with its magnificent cement decorations, represents a triumph of the Liberty style.

Have we aroused your curiosity? Keep following our blog to discover new tours in Milan!