29 Apr The Easter colomba and the legends about its origin

Posted at 14:30h in Milan back in time by Luca Naj-Oleari 0 Comments
0 Likes 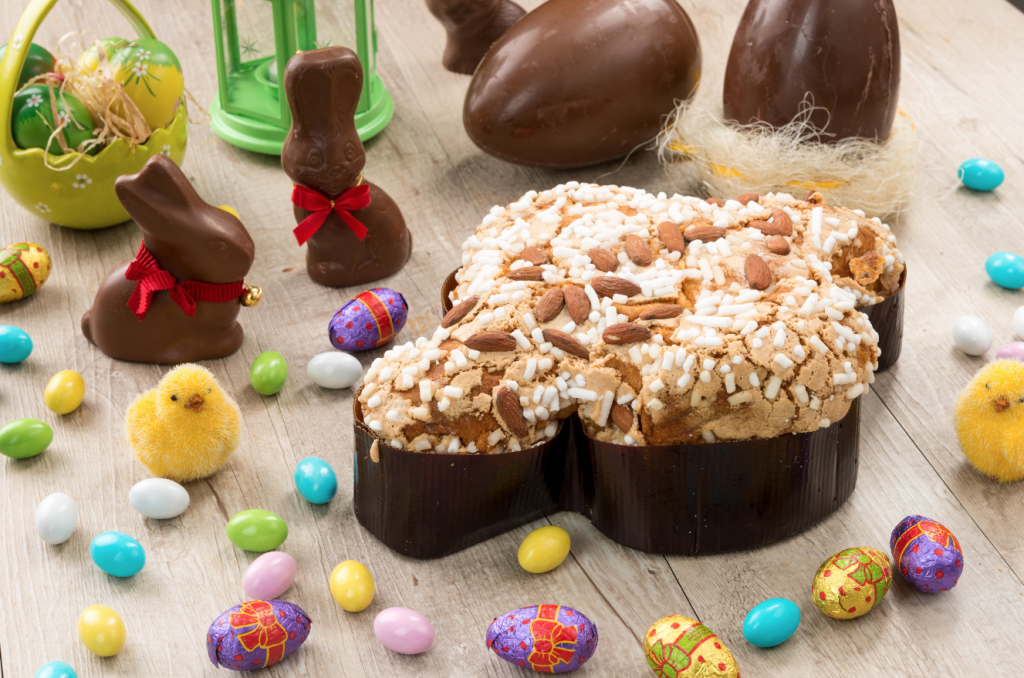 Easter has just elapsed and surely on the Italian tables there has been the Easter cake par excellence: the colomba. This dessert is as simple as loved by adults and kids and it is the object of a curious debate about its origin, narrated by many legends that we are going to discover in this new article.

The origins of the colomba: Saint Colombano

According to a widespread tradition, the Easter colomba should be born in Lombardy: it is told that, around the 610, Queen Theodolinda hosted in Pavia a group of Irish pilgrims, guided by Sanit Colombano. The queen then offered to her hosts many delicacies, declined by the saint beacause it was Lent period; therefore the saint himself decided to trasform the game into white bread doves.

Pavia and the siege of Alboino

The second legend, instead, still talks about Pavia, but at this time in 572, in the time of King Alboino. The king, crossed the Alps, attacked the Byzantine Italy besieging the little city; after three years of besiegement the resistence was overcome, the barbarians entered in the city and the villagers of Pavia gifted them soft dove-shaped cakes. This symbol of peace, according to the legend, prevented the sacking of the city.

The battle of Legnano
The legends are not finished yet: another folk story says that during the battle of Legnano (1176), with the resounding victory of the Communes of the Lombard League over the Germanic Emperor Federico Barbarossa, a leader of the Carroccio saw two doves settling over the signboard of the League. The doves were calm, despite the approaching battle. To give courage to his men, the leader asked the cooks to prepare some dove-shaped bread made out of eggs, flour and yeast. 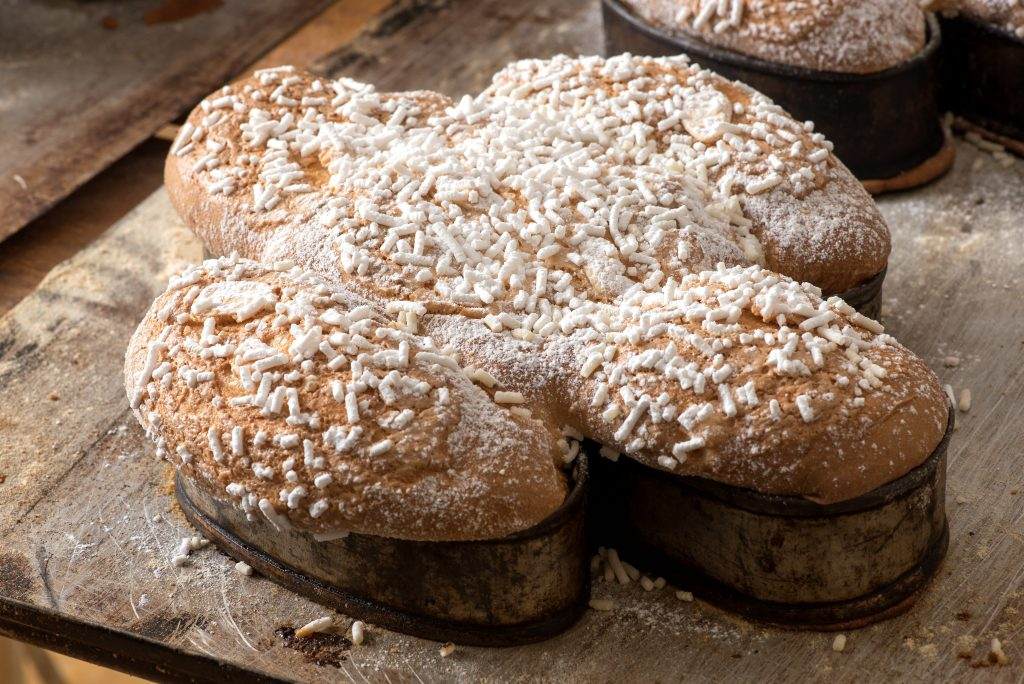 Lastly, there is also a version that would locate the origin of the colomba in Veneto, as a variant of the fugassa (focaccia, ndr) with a dove-shape. The ingredients? Flour, sourdough, eggs, sugar, butter, honey, salt, vanilla, cocoa butter, almonds, hazelnuts, corn starch, candied fruit. This origin could be real or not, but surely it is very sweet.
Thousand and one are the stories about the origin of this soft and delicate cake, that reminds also some versions of the cuddura siciliana, in which the sweet pastry is matched with the boiled eggs.

What does it happen in reality? It is necessary to go back in the 1930s in Milan to discover a story that is not a legend: the panettone, invented by the Motta, has been in existence for some time, it is the leavened evolution of the milanese ancient “pan de Toni”. The artist and publicist Dino Villani, also creator of the contest “Miss Italia”, got an idea: to employ the machines used by the Motta for the production of the panettone, to create a new Easter cake. From the idea to the realisation it was short: the Easter colomba was born.

Keep following our blog to discover all the curiosities of Milan!