01 Feb The most beautiful places where to run in Milan

Posted at 16:04h in Milan for lovers by Luca Naj-Oleari 0 Comments
0 Likes

Christmas binges are now an old memory, but some of us have eaten some extra delicacies and now feel a slight sense of guilt. Hence at the top of our resolutions lists for the new year we can find the aim to get back in shape: the result is that in January all the gyms and parks are crowded with runners. In addition to greedy repentant, more and more people are developing a passion for running, so we’ve selected the most beautiful parks in which to run in Milan.

Located between Porta Venezia and Palestro, these gardens are the closest to the city center. For over two centuries they were called “public gardens” or ” gardens of Porta Venezia”, then in 2002 they were named after the passed journalist Indro Montanelli.

They are not very large but are perfect for those with limited time or that are out of practice. You can run around the Planetarium, the Museum of Natural History and through the places that a few decades ago were occupied by a zoo. It’s enough to step lightly from the park to plunge into another beautiful garden: that of Villa Reale, which now houses the Civic Gallery of Modern Art (PAC). These small but lovely gardens are a romantic corner surrounded by the vegetation. Here you can admire the ancient ruins, fountains, tombs, neoclassical statues covered with moss and a pond with ducks and bridges

Behind the Castello Sforzesco, right in the middle of the city, there’s a miniature forest! Here you can run for almost 4 km passing through the Arco della Pace, the Triennale and the Civic Aquarium. In the meadow there are many tools available to everybody to make your workout more complete. For less experienced runners there is a short path of 600 meters surrounding the Arena Civica, whose inside track has hosted major competitions and great champions. 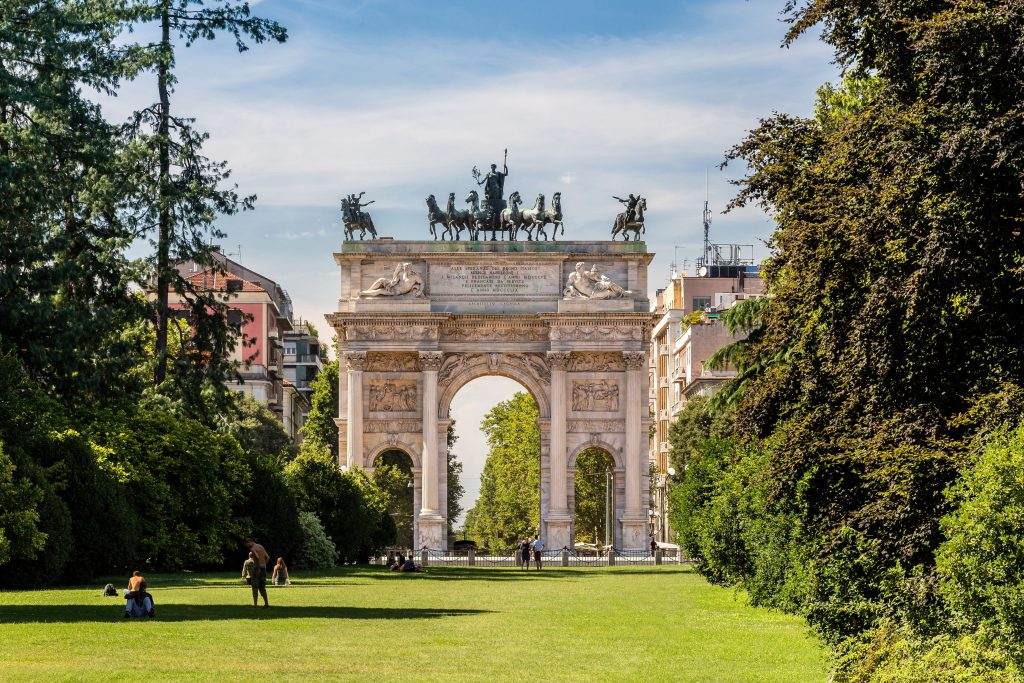 With its differences in height, Monte Stella, better known as the “little mountain of San Siro”, is the most suitable place for the most experienced runners. It’s the only artificial mountain in Milan, built with the rubble of buildings bombed during the Second World War. At its feet there’s the 25th April Field, a hitsoric sports venue where great champions of athletics and triathlon still train themselves.

A path surrounded by the greenery that makes you forget for a moment to be running in the city! You can walk along the Naviglio, that connects with the river Adda, from Via Melchiorre Gioia until Trezzo sull’Adda. While doing some sport you can also admire some ancient villas and other unexpected beauties.

The atmosphere is the one that reigns at the lake or the sea, but it’s simply one of the finest sports venues in Milan. While jogging you can watch the canoes moving onto the water and in the summer there are even those who practice water skiing!

Are you ready to leave? Enjoy your run!