29 May Author paths. The center of Milan between art and the fashion district

Gianni Pezzani is an eclectic photographer who worked for decades for the most important fashion magazines, like Vogue and Condé Nast. Born in the province of Parma, he quickly became a citizen of the world, but he had been adopted by Milan many years ago. He wanted to share with the Hotel Cavour its urban preferred path, dedicated to lovers of beauty and knowledge.

The journey begins at the public gardens Indro Montanelli’s Planetarium, by far one of the favorite places of the photographer and astronomy lovers. Early in the morning Gianni checks the program of the day, exposed outside, to know all the scheduled events.

Our tour continues in the Civic Museum of Natural History, which satisfies and feeds his passion for science: the photographer appreciates especially the entomological collection and the dioramas, which give him always strong feelings. After this immersion in science, the visitor could pick up the fruits of ginkgo bilobe, typical Japanese trees, from which he extracts its green seed, great food accompanied by wine.

Walking through the park, he often runs into a master of tai chi that offers free lessons to everyone. The surprises are not over: Villa Reale houses modern art collections, ranging from Tuscan Macchiaioli to Van Gogh. To assimilate the '900 art, the photographer uses to read as a map the book "Ecology of the art" written by Baj. 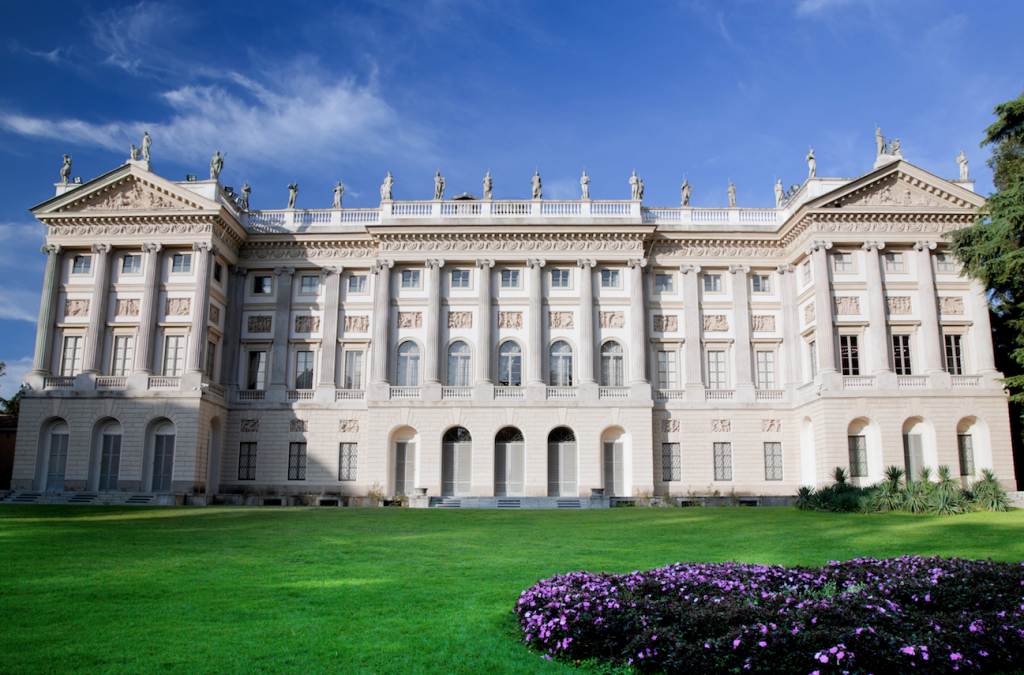 By arriving in Piazza San Babila, which impresses him with its essentialist architecture, his thoughts go immediately to historical Milanese bars like the Gin Rosa, a refined place that comes from the ‘50s. In front of its bar he used to meet with friends and colleagues and spend happy hours by sipping an old fashioned cocktail.

After enjoying a croissant in the Cova pastry, historical meeting place for intellectuals, and a shop windows tour in Montenapoleone street, he reaches della Spiga street, where the photographer lived and worked in the early ‘80s. He recommends two gems in Gesù street: the first one is the showroom Caruso, one of his most beloved place because of in the inside some artists reproduced the Royal Theatre of Parma with its scene machines.

The second one is more secret: by ringing the bell at number 10 you enter the world Uman, an atelier of men's suits where the designer Pietro de Angelis creates unique items from traditional or sports clothes – such as Norwegian telemark jackets – to make tailored garments to the customer's taste.

The author paths continues in the Poldi Pezzoli Museum, to get lost in front of both the Mantegna’s Madonna and even more the Portrait of a young dame by Piero del Pollaiolo. In Morone street the temple of all the libraries, Hoepli, whose founder Ulrico financed the Planetarium. The photographer turns back there in the evening to attend lectures about stars and the Einstein theories.

From Indro Montanelli Gardens to Palestro street, go straight along corso Venezia to arrive in San Babila street. Then you continue in Montenapoleone, turn left in Gesù street (Uman and Caruso) and then turn right at the end of the street in Manzoni street with the Poldi Pezzoli museum. Return in the park for the Planetarium.