04 Apr Leonardo in the city: all the initiatives dedicated to the great genius!

Posted at 10:31h in Not to be missed events by Luca Naj-Oleari 0 Comments
0 Likes

We wish to show you some of the most engaging initiatives dedicated to the great sixteenth-century genius, organized by the Municipality of Milan - in collaboration with the main city museums and cultural institutions - within the project "Milan and Leonardo". The program is full of initiatives and events dedicated to the discovery and deepening of the figure of one of the greatest artists in history, who left the highest proofs of his eclectic research in Milan.

Here are the main events not to be missed! 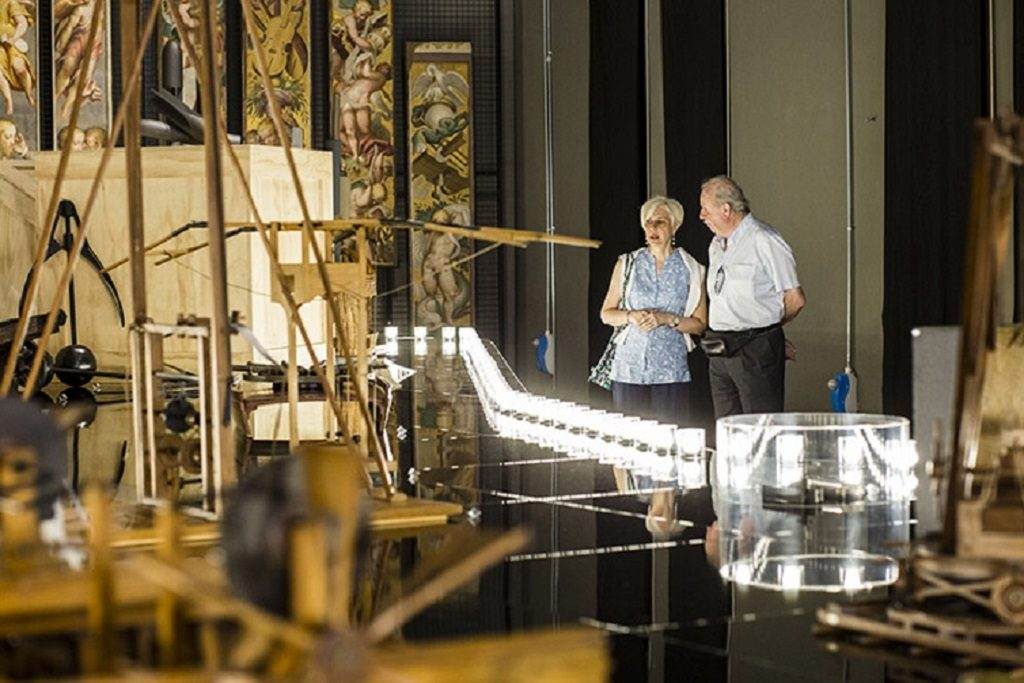 The first national and international event dedicated to the celebrations of the 5th centenary, "Leonardo da Vinci Parade" exhibition at the National Museum of Science and Technology represents a real "parade", a rich spectacular models selection made in the 1950s interpreting Leonardo's drawings, as well as several paintings of the 16th century.

The paintings are shown by origin place, as often Milan churches and buildings disappeared. Among the several authors, the main role is played by Bernardino Luini and his school: in the early sixteenth century decades he was one of the most successful painters in Lombardy. The exhibition, created in collaboration with the Pinacoteca di Brera within the project "New Galleries Leonardo", is characterized by an unusual art and science combination, an immersion that involves the different fields of interest and study by Leonardo. In a nutshell: not to be missed! 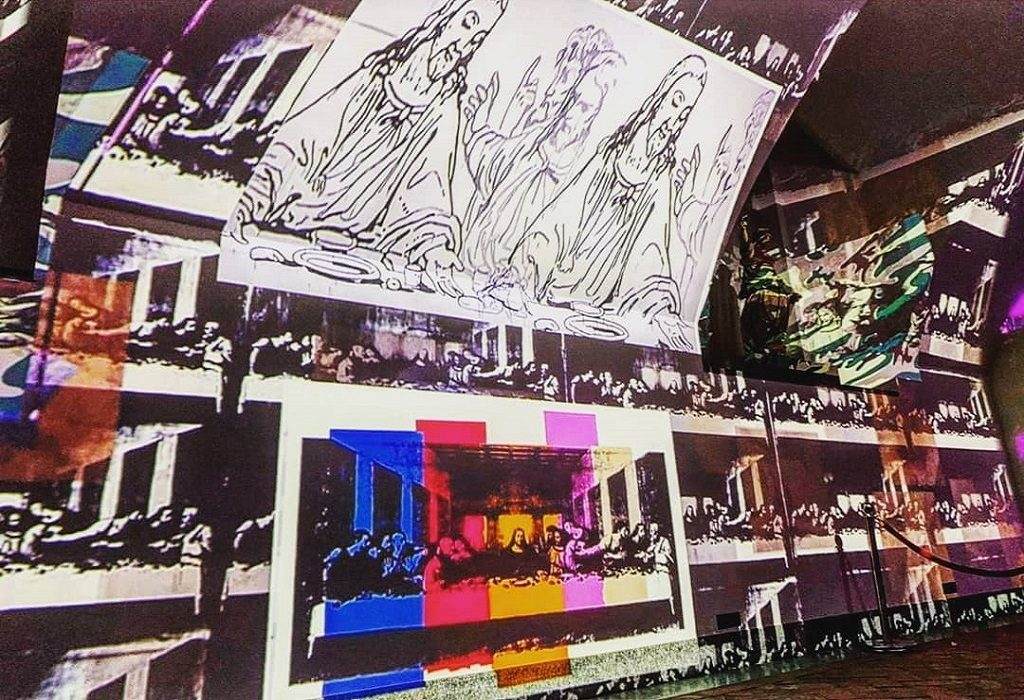 From the exhibition of models and drawings to an immersive experience, which brings together the sixteenth-century Andy Warhol genius, the most important Pop art figure, in a thematic journey of six centuries.

The main themes that the public is invited to discover  are the use of water, the relationship between the earth and the nature, the technological and architectural innovation that led to the current Milan in an immersive journey, which starts from the Sottofedericiana room of the Pinacoteca Ambrosiana. Here, through a multimedia installation of highly suggestive images, it's possible to admire  the Milan experienced, but above all imagined by Leonardo da Vinci, with new eyes.

This brings us to the vision of "The Last Supper" by Andy Warhol: in 1987 the artist reinterpreted the Leonardo Last Supper, on the occasion of his last exhibition at the Refettorio delle Stelline. The two unique protagonists of their time are gathered by the city of Milan, albeit four centuries later.

The initiative, curated by Giuseppe Frangi, was born from MilanoCard Group, manager of San Sepolcro Crypt, where the path closes. In a place very dear to Leonardo, which he indicated as the true Milan center.

"Dream Beasts", the extraordinary creatures of Theo Jansen (in the footsteps of Leonardo), Museum of Science and Technology. From February 20th to May 19th. 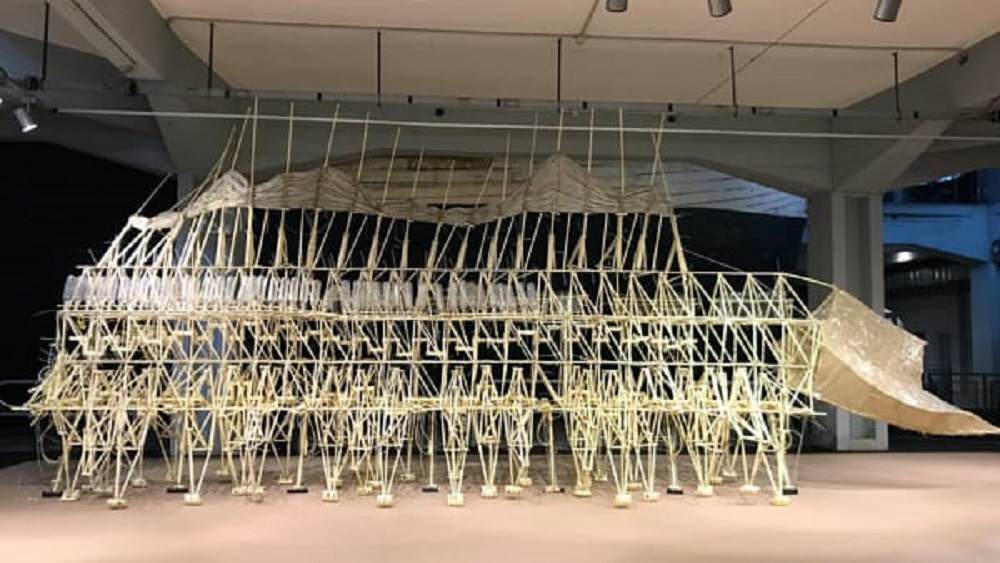 It is called "Dream Beasts" the exhibition of the extraordinary Theo Jansen creatures, a Dutch artist defined by many as "The new Leonardo" for his genius. Jansen is indeed an extremely eclectic artist, thanks to his deep knowledge of the world of aeronautics and robotics, which allowed him to work on the design of living organisms through a his own software  development: a project that has brought him numerous awards to international level.

The exhibition offers 14 extraordinary creatures, built with plastic tubes, nylon threads and adhesive tape. These monstrous animals are animated by wind and air, typical of the Dutch coast. "We tend to forget that we live in a miracle; I try to recreate it, it is life that inspires me to create new forms of life, "said Jansen. All that remains is to find out. 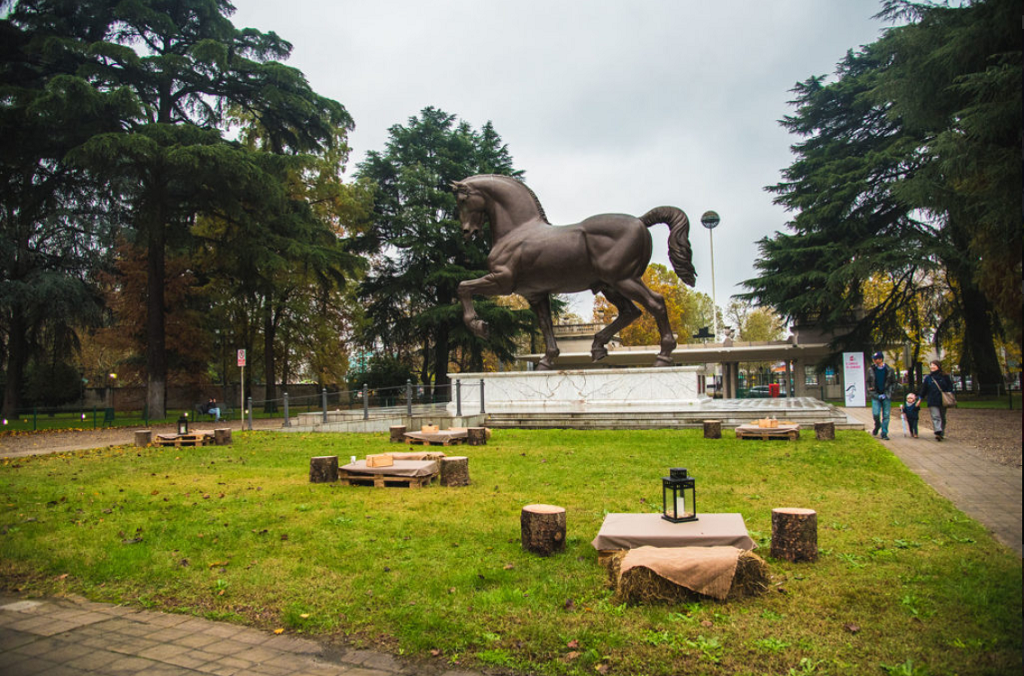 The celebrations of the five hundred years since the Leonardo Da Vinci death also cross the threshold of museums and go out into the open, through the creation of numerous installations. An example above all? The “Leonardo Horse Project” installation, which celebrates the anniversary with the scale reproductions of Leonardo's Horse realization, customized by several international artists and designers.

Thirteen design horses will be revealed during the opening party and will be arranged around the equestrian statue at the entrance, where they will remain throughout the Milan Design Week 2019.

The installation at the Hippodrome will be accompanied by a multimedia exhibition organized with the Museo della Battaglia and Anghiari curated by Gabriele Mazzi, director of the Tuscan museum space. The anatomical studies on the animal, the sketches and the preparatory drawings of the painting will constitute a story dedicated to the personality of the artist. During the opening it will also be possible to download the augmented reality app "Leonardo Horse Project" and experience the story of Leonardo's Horse, the interviews of the artists who interpreted the reproductions and deepen the equestrian studies of the Tuscan genius in an immersive experience.

These are just some of the events proposed on the occasion of the 5th centenary of Leonardo Da Vinci death you wanted to discover other dedicated initiatives, at the Hotel Cavour we would be happy to give you other valuable tips!