30 Nov The history of Milan through its buildings

It is known that Milan has a great history and many traditions. The city’s historical buildings make it unique in the world, but what are the most popular ones? Let’s find out together! 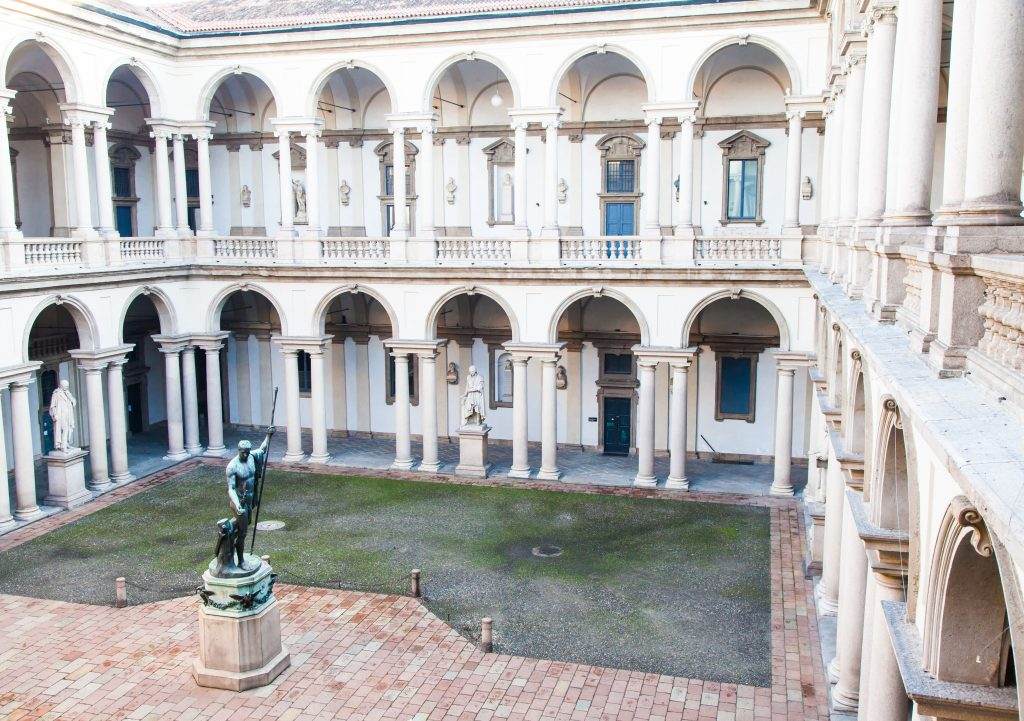 Located in via Brera, Palazzo Brera was built in the Sixteenth century instead of a Fourteenth-century convent. It’s one of the most famous places in the city and it’s known worldwide, because it hosts not only the Pinacoteca and the Accademia di Belle Arti, but also the Biblioteca Nazionale Braidense, the Astronomical Observatory and the Orto Botanico, a botanical garden. In the Middle Age this place was a vegetable garden and during its whole life it was even the shelter for a heretical religious group. Did you know that? Then, in the 18th century, Maria Teresa d’Austria decided to transform this place into an important cultural centre: a quality that it still keeps nowadays. A particular element of this building is its basement: it is said that until at least 50 years ago, in its interiors there still were human remains... Maybe they belong to the monks who lived there when the building was still a convent?

House of the aristocratic family of the Atellanis from the Fifteenth to the Seventeenth century and located in Corso Magenta, Casa degli Atellani is what still remains of the dream of Ludovico il Moro, the Duke of Milan, of transforming the district in a centre of the Milanese worldly life through the whole sforzesco period. A particular story is the one that connects Leonardo da Vinci to this house: in 1948 Ludovico il Moro gave him a vineyard, placed at the bottom of the present garden of the house, as a recognition for the great number of works that the artist made for him. Today the Casa degli Atellani and the vineyard can be visited under reservation. For who wants to stay there, some elegant apartments are available.

The last building we want to introduce you is the Conservatorio Giuseppe Verdi. Established in 1807 and place of studies to the major Italian musicians, including Puccini, it’s the biggest Italian institute for musical education.

Did you know that the Conservatory has become famous even for having rejected Giuseppe Verdi’s application form? The musician was considered inadequate because he had a wrong posture at the piano and was considered a “foreigner”. The Conservatory was dedicated to him only after his death, because Verdi, when alive, had always refused this prize.

Now that we have presented you some of the most famous historical buildings in Milan, you only have to find them out personally. Enjoy your visit!