Posted at 12:26h in Not to be missed events by Luca Naj-Oleari 0 Comments
0 Likes

January seems to be the month of art photography in Milan. Among other initiatives, we have chosen three beautiful exhibitions that we think it's worth going to see.

Palazzo della Ragione in Piazza del Duomo, until February 7th, the exhibition “Henri Cartier-Bresson and others” tells Italy through the lens of the great photographers of the Twentieth Century. Fascinated by its landscape and history, these artists reveal the wonder that our country arouses abroad, making us reflect on the value of the Italian natural and cultural heritage. 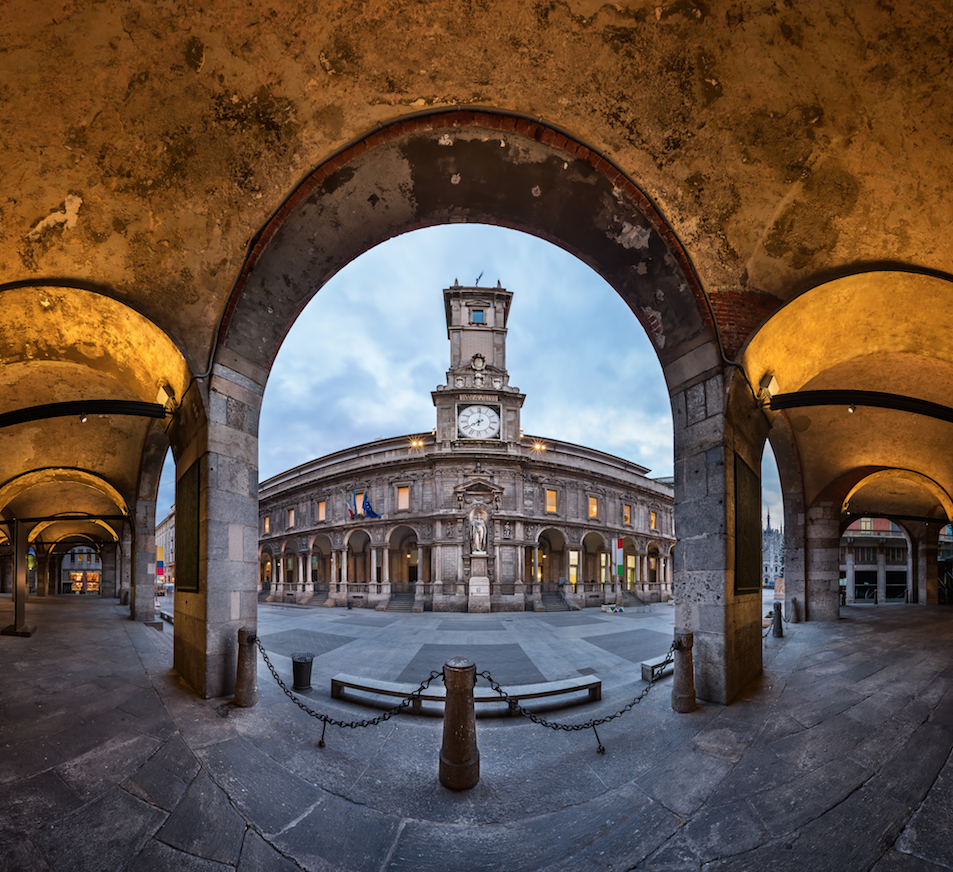 Henri Cartier-Bresson is entrusted with the task of introducing this beautiful photographic itinerary divided into seven thematic areas. His attempt to stop time in its long journey to Italy lasted thirty years, to capture the decisive moment in the making flow of reality has long influenced generations of photographers worldwide.

The famous reportage by Robert Capa follows: it was created in the wake of the American troops during the Italian Campaign of 1943.

David Seymour and Cuchi White immortalize the charm of Italy and the world of faith. Moreover the master Sebastião Salgado tells the epic story of the last tuna fishermen in Sicily. Then you can be fascinated by photography in black and white, that runs from the reportage but preserves the poetry of classical view: it’s the journey of Claude Nori retracing the streets of memories on the Adriatic coast in search of his family roots and of Helmut Newton who, in “72 hours in Rome” recreates a night walk in the monumental center of the Eternal City.

Our art cities and culture become the ground for experimentation that modern technology now permits to photographers such as Alexey Titarenko, Abelardo Morell, Gregory Crewdson and Irene Kung. It continues with the "documentary language" of Paul Strand who, with Cesare Zavattini, created portraits, still life and landscapes in one of the most extraordinary works dedicated to the agricultural world: “A country”, 1953.

The Grand Tour continues touching a more disturbing photography, that of Art Kane and Michael Ackerman, which tells about existential hardships and architectural messes. By contrast, other authors reinterpret our country with positive look: Joel Meyerowitz, Steve McCurry and Martin Parr portray the magic of Tuscany, Venice and the Amalfi Coast.

Finally, autobiographical narrative closes the exhibition: Nobuyoshi Araki shoots himself with carnival masks in Venice and Sophie Zénon tells the story of his family putting side by side portraits of her emigrated grandparents with their places of origin.

At Forma in via Meravigli, instead, the exhibition “Vivien Maier. Street Photographer”, is having success and will be open until 31st January.

The life and work of this New York photographer are surrounded by an aura of mystery that has contributed to enhance her charm: nanny for profession, photographer by vocation, she never left her camera. The exhibition brings together 120 photographs in black and white made between the Fifties and Sixties along with a selection of color images taken in the Seventies. Vivian Maier portrayed the city where he lived, New York and Chicago, in a moment of fervent social and cultural change, with a curious look, attracted by the small details and the life that flowed before his eyes on the streets.

Her private archive was discovered by accident in 2007 by a real estate agent who knew immediately that he had found a treasure.

You have time until Valentine's Day to visit National Geographic. History, photography and explorations at the Museum of Natural History of Palazzo Dugnani in Via Manin 2.

150 stunning photographs illustrate the scientific explorations carried out around the world by the National Geographic Society since its foundation until today, disclosed by the popular magazine with the characteristic yellow frame.

Overtime protagonists of the explorations of the Twentieth century are remembered, from the Arctic traveler Robert Peary to the archaeologist Hiram Bingham, from Jacques Cousteau to Dian Fossey, from Jane Goodall to the Leakeys, the most famous family of paleoanthropologists in the world.

An exciting journey, lasted a century and beyond, through the discovery of lost civilizations and the knowledge of different peoples and cultures.

art, exibition, Henri Cartier-Bresson and others, Milan, Natural History, photo, photography, Vivien Maier, what to do in milan, what to see in milan