03 Nov The tradition of the milanese cuisine

Posted at 10:29h in Milan for lovers by Luca Naj-Oleari 0 Comments
0 Likes

The Italian cuisine is one of the most famous in the world: it is nearly impossible to find someone who doesn’t know it! It is really various, because the same dish can be cooked in different ways, according to the tradition of each region.

Today we want to describe you the traditional Milanese cuisine, which has a long-standing tradition and many typical dishes. In this article we have collected our favourite ones, what are yours?

The Milanese cotoletta, “cutelèta” in the Milanese dialect, was declared official dish of the 9th international day of the Italian cuisine last January. It is the most famous dish, and also represents a stereotype of the Italian cuisine. It consists of a tasty calf loin, breaded and fried. It has old origins and over the years has been at the centre of a conflict between Italians and Austrians: Austrians think that our cotoletta is only an imitation of the Viennese one. True or false? Moreover, the recipe of the Milanese cotoletta was recently  modified by many chefs, including Carlo Cracco, who presented the ingredients in a separate way, to enhance the taste of meat. What variation do you prefer? 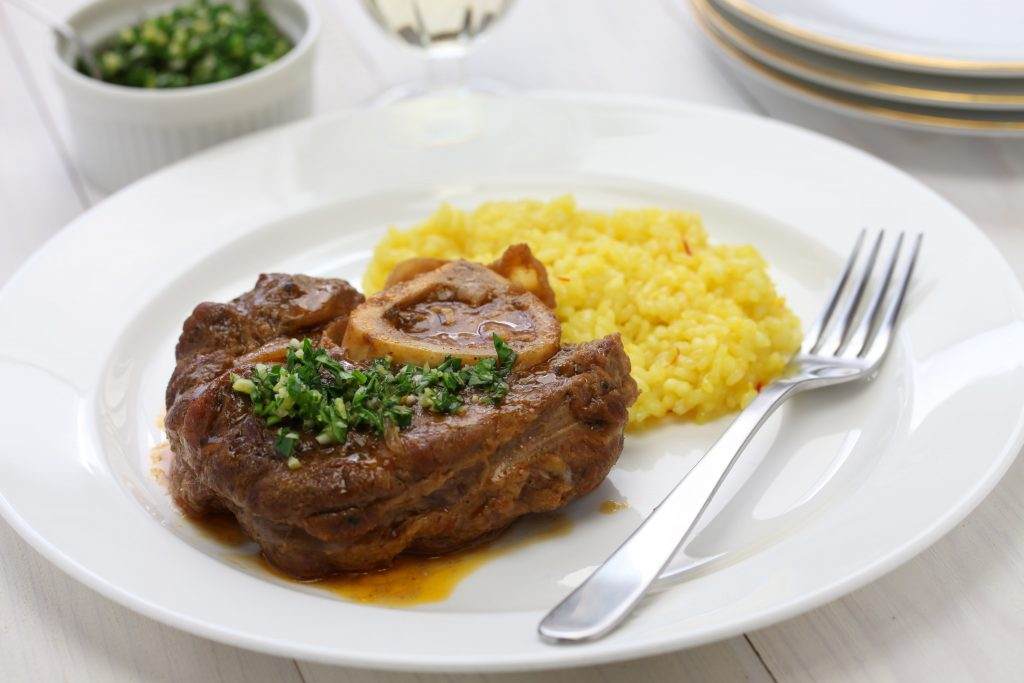 The saffron risotto (also known as “risotto alla Milanese”) with ossobuco is a simple and rich dish at the same time. The myth says that it was invented in 1574 by Zafferano, the assistant of Mastro Valerio di Fiandra, who used to put saffron in all dishes, even in rice. The saffron risotto has been the protagonist of “Giallo Milano”, a competition that awarded the best restaurants that cook this dish in the best way: the winner is the restaurant Il Vico della Torretta... Let’s try it!

Mondeghili belong to an old tradition: in order not to waste the leftovers of abundant lunches and dinners, the meat was grinded and boiled with mortadella and sausages, and still today is covered with bread crumbs and fried in butter. You can find mondeghili in many street food stands in Milan.

The Easter Colomba, the icon of fraternity and peace, is realised by using the same machinery used to make Panettone. It was created in 1930 by the Motta Milanese firm. The original recipe of the Easter Colomba consists of flour, butter, eggs, sugar and orange peel, with an almond glaze. As a guarantee of its quality, it is in the list of the traditional agricultural products of the Italian Ministry of Agriculture. It is a fundamental dessert during Easter time!

Another typical dessert is the Milanese busecchina, that Milanese people usually prepare on 31st January, the day of Santa Savina. It is composed of dried chestnuts covered by whipped cream and cinnamon. A particular dessert for chestnuts lovers! Have you ever tried to cook it?

Now that we have described you the most popular dishes of the Milanese tradition, we’ll invite you to try some of them at our restaurant Conte Camillo, where Milanese cotoletta and saffron risotto with ossobuco are our greatest specialties. We are waiting for you!