Posted at 12:12h in Not to be missed events by Luca Naj-Oleari 0 Comments
0 Likes

Art, concerts and shows: Milan appointments not to be missed in January.

The Christmas season is now over, but the center of Milan is more alive than ever. Here are our tips to introduce the new year.

Admiring the exterior and the interior of the Duomo is a tradition of the tourists and also a pleasant habit of the Milanese people.

Until January 6th, the Duomo hosts primordial Enigma, a monumental work of art 4 meters high by the French artist Kathy Toma, that recalls the presence in the Duomo of the Relic of the Holy Nail creating a striking link between history and modernity.

A few meters away, the Museum of Novecento pays tribute to Piazza Duomo with Milanopiazzaduomo photo exhibition, open until February 28th. The heart of Milan is told by two authors with different intentions and photographic languages​​: the shots from above by Gabriele Basilico return the magnitude and complexity of the space with large-format works in black and white; Marina Ballo Charmet focuses on the shots from the bottom and on the peripheral and original details of everyday life in the square.

If you are looking for an unusual artistic experience, we suggest you to pay a visit by 14th February to the Fondazione Prada to see Recto Verso, an interesting exhibition that puts emphasis on an element that usually is hidden and often completely overlooked: the back of a picture.

The tracks that artists leave on the back can be of various kind, more or less intentional and with an explicit message, like the one that, during the protest at the Biennale in Venice in 1968, Gastone Novelli decided to show exposing one of his paintings on the contrary, turning it into a kind of wall on which to write slogans and even real images, such as in the works by Llyn Foulkes and Giulio Paolini, which become visible only if shown on their contrary.

Some works are suspended between the walls that divide the exhibition space, transforming the paintings, traditionally understood as two-dimensional, into a three-dimensional and sculptural object around which to move freely.

And for the evening? Attending a ballet at La Scala is an experience that we think is worth doing at least once in a lifetime. 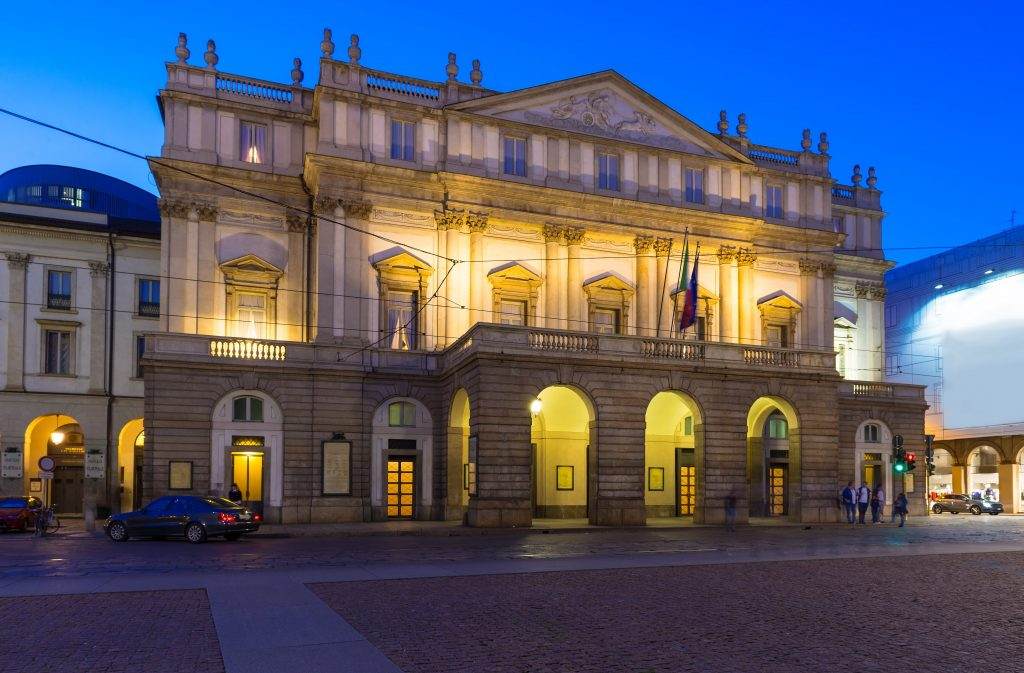 The Milanese institution opens the Ballet season with a new production: Cinderella. The Scala will open its curtain, for the premiere, on a world populated by yhe characters of the famous tale by Perrault that has always fascinated the imagination of readers and artists.

The melodic and descriptive richness of the extraordinary music of Prokof’ev, the fairy-tale universe and the articulated storyline stimulated the aesthetics and musicality of Mauro Bigonzetti and his personal stylistic vision for a creation that is sewn on to the Scala dancers. It’s scheduled until January 15th.

A completely different music the one played at the Blue Note, the ideal place to immerse yourself in the most valued jazz. On 20th January Patti Austin, a jazz singer and R&B diva, will perform there. Nominated several times for a Grammy Award, in 2007 she won the prize for the "Best Jazz Vocal Album" with an album dedicated to George Gershwin.