30 Jul Why are all the Milanese dishes yellow?

Posted at 07:55h in Milan for lovers by Luca Naj-Oleari 0 Comments
0 Likes

The traditional milanese cuisine is characterized by the use of local raw materials, but as a result of foreign domination that have occurred in the city over the centuries is has various European influences. However, have you ever noticed that all of his dishes have in common the yellow color?

Saffron means "yellow"in Arabic, because of the color taken from the stigmas after cooking. The rice came from one of the flagships of northern culture, the rice fields; the most classic quality is Carnaroli.

The legend says that in the sixteenth century a Flemish painter who was working at the Cathedral's windows enriched his yellow with saffron; one of his disciples, nicknamed "Saffron", made the operation. When he got married, during the wedding feast his companions added to the rice the saffron powder, resulting in a huge success. The dish soon spread throughout the city. Even Giuseppe Verdi was fond of it. 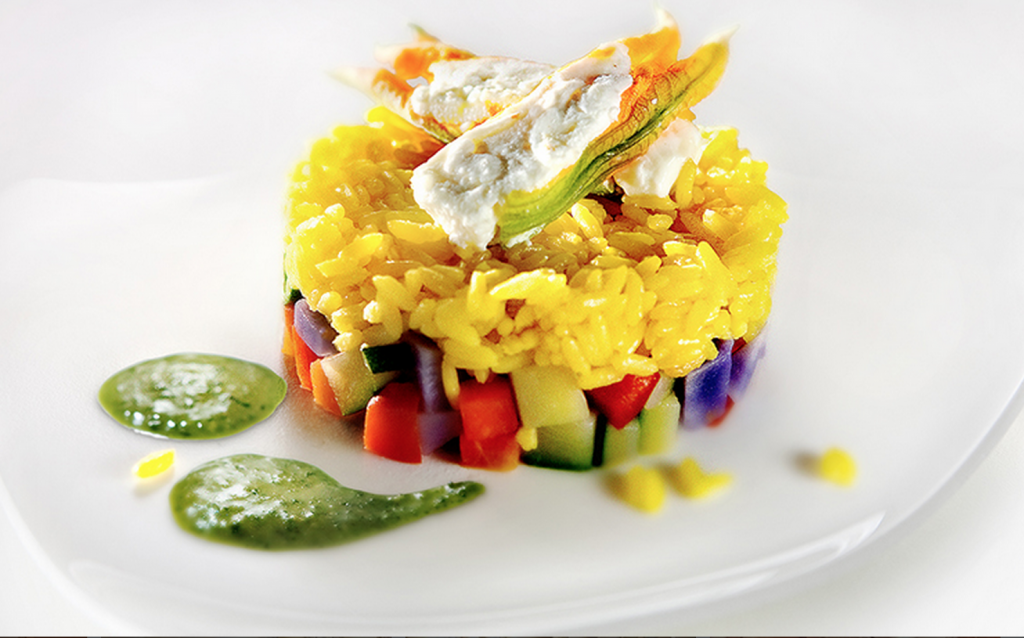 Despite being one of the most typical dishes of the city, it's at the middle of an academic dispute between the Italian kitchen, which considers it as Milanese, and the Austrian one, for which it's only a remake of theViennese Wiener Schnitzel.

Our local cutlet consists of a slice of veal tenderloin with bone, breaded and butter fried. Recently a more subtle one, with no bone and a super-crispy crust, had been called elephant ear.

Especially in the summer it has to be served cold covered with thin sliced tomatoes and rocket. 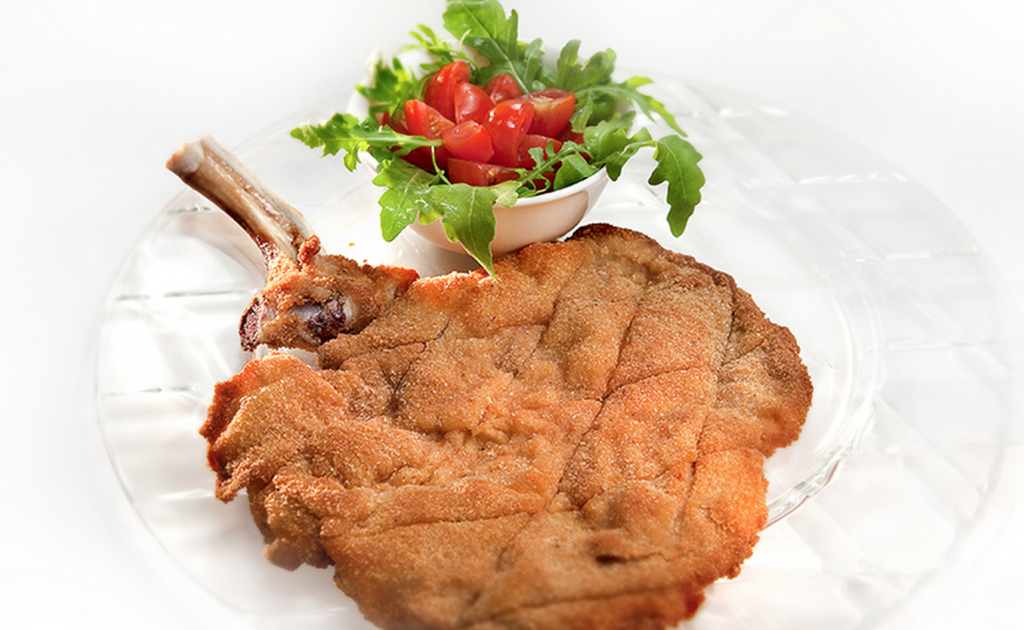 The main ingredients of cassoeula are cabbages and the less noble parts of the pig. The name has several origins: probably it recalls the spoon with which it's mixed (casseou) or the pot in which it's prepared (casserole). Traditionally, this dish was prepared by the construction workers after finishing the building.

The Alsatian Choucroute and German Sauerkraut (based both on sauerkraut and pork) are its European cousins.

In the past it has been the base of north Italy people's diet. Food for rich and poor (depending on how it was accompanied), this cornmeal mush takes the characteristic yellow color from corn and includes numerous variations. It can be served alone, fried or: with milk, cheese (gorgonzola or soft cheese), butter, sausage, mushrooms and parmesan or cod (typical Friday dish).

Known in the rest of Italy as a rosette, it's a white bread recognizable from the typical star mold with a "hat" in the middle. For a tasty snack, we recommend filling it with cold cuts. Because of wheat flour was expensive, once it was mixed with other cereals (maize, millet, rye, barley). The best known of these variants is called yellow bread.

In the section on the website of World Recipes of Expo 2015 you can find all other recipes from Milan.

If you got hungry after this post, we invite you to try the restaurant Conte Camillo's cuisine: our chef will delight you by preparing the best dishes from Milan. Bon appetit!